I'm still working on finishing up my next ebook, but a comment by Bsnick got me thinking about possible stories in the same universe as Her Hospital Nightmare, and I wrote this short story as a result. It follows one of Bsnick's basic ideas in his comment; about a woman being mistaken for a sex doll after being temporally immobilized due to a snake bite.

This is very short, just under 2,000 words, and leaves most of the details up to your own imagination. If you enjoyed HHN, I think you'll like this short tale as well. Please enjoy!

Cassandra slowed to a stop, panting for breath. She'd ran halfway across town, beating her normal morning jog by nearly a mile. Elated though she was, she was also dead tired.

Catching her breath, she looked around. She was somewhere downtown, near the old business district. "Damn, it's too far to run back home, and the taxi services don't come this far off the main strip."

Sighing, she looked around. A long alley way opened up just across the street. It seemed to run clear across the back of downtown, behind dozens of old businesses. Shrugging, she said, "I guess I can cut through there; that should get me back to main street, and I can get a cab back home."

She ran her hand over her thin jogging shirt, and groaned. It was soaked through with sweat. She glanced at her sweat pants, and saw they were no better. She looked back at the alleyway, and bit her lip. A naughty thought had just come to her.

Seeing no cars coming, she hurried across the street and down the alley. Both sides of the narrow passage were lined with old concrete buildings. Not a single window looked out over the alleyway.
She looked back down at her soaked clothes, and chewed her lip a bit more.

A minute later, Cassandra was walking down the street, wearing only her thin sports bra and her panties. Both undergarments were dark blue, and made of a flexible synthetic fabric that was still untouched by her sweat.

She felt exposed wearing only her underwear, though she knew it was silly; she wore less than this to the beach. Yet there was something strangely naughty about walking down a back alley, carrying almost all of your clothes in your arms. She found it oddly exhilarating, and soon noticed a distinct wetness between her legs that had nothing to do with sweat.

She had passed unseen down the alley for several blocks, occasionally forced to dash across side streets when they crossed the alley, when she saw the aquarium.

It was just sitting behind a store, and still filled with dark water. Something stirred inside, but she couldn't make it out. She peered down at it, seeing many other pet-related items lying around. She looked up at the store next to her. A petstore, perhaps? But why would they leave some poor fish out here to die? The sun is horrible this time of year!

A sign had been laid over the top of the aquarium. She leaned over and picked it up.

"Free to a Good Home!" She said, reading out loud. She shook her head, feeling suddenly angry. Idly, she slipped the sign over her neck, letting it fall across her full, firm chest. Then she reached out for the aquarium, hugging it with both arms. "I can just leave some poor fishy out here in the hot sun to die. I'll just have to carry it with me until I get home; I guess a cab ride is out of the question now."

She just started to heft the small aquarium, when suddenly....

Brad sighed as he pushed past the store's backdoor. "If there isn't something good out here, man, we're fucking screwed! I can't believe we both forgot to bring our fucking wallets!"

Jake nodded, and started lifting more boxes, but only found more junk sex toys. "Damn, we just need one little blowup doll! You'd think we could find at least one, somewhere in all this--hey, what's that?"
Brad looked up, stopping just short of kicking another toy at a sleeping tomcat farther down the alley.

Brad followed Jake's pointing finger, and suddenly saw it. An arm was sticking out from behind some boxes.

Jake hurried to the arm, and pulled boxes away frantically. Suddenly he jumped back, and began to grin triumphantly. Brad reached him, and looked down at the female form before them. "Is that what I think it is?"

Jake turned his grinning face at his frat brother, and nodded. "I think so; that stupid asshole must have thrown away a fucking realdoll, man!"

This cannot be happening!!! Cassandra screamed silently, as the two frat boys lifted her from the back of their car. For the past several hours, the buxom jogger had been stuck, seemingly paralyzed after that damn snake bit her! If I ever find the asshole who put that snake aquarium out there, I'll--

Her thoughts were interrupted as the frat boys carried her inside an expansive fraternity house. The door shut ominously behind her.

The boy who had found her in the alley shook hands with some taller frat guy, and said, "Mike, you'll never believe what we found!"

He pulled the new guy, Mike, over to her. If she was still capable of blushing, she would have done so as Mike's eyes roamed up and down her nude body.

The frat boys, Jake and Brad, she had learned, had wasted no time stripping her few remaining clothes off. Though they hadn't taken that damn sign from around her neck!

"Free to a Good Home!" Mike read aloud, lifting the sign up, as if to read it better, and taking the opportunity to give her firm breasts a good squeeze.

He let the sign fall back in place, and stepped back. She didn't care for the way he appraised her. "So... you got her for free?"

Jake nodded. Mike nodded slowly, then added, "So, what's wrong with her?"

Jake and Brad looked at each other, confused. Finally, Jake asked, "Wrong with her?"

"Yeah, what's wrong with the sex doll? No one leaves a realdoll lying around, you know. Not unless there's something wrong with it. Do you have any idea how expensive a realistic sex doll like this is worth?"

Jake opened his mouth to speak, but stopped, and slowly shook his head. "We... we gave her a thorough inspection in the car, Mike, honest; we didn't find anything wrong with her. Nothing, I swear."

Thorough inspection? Is that what you're calling it? Cassandra thought, mentally rolling her eyes. She could still feel the boys' fingers in her pussy.

"So... she works then? Everything works?" Mike asked, still skeptical. Brad and Jake nodded enthusiastically.

Mike walked slowly around her nude body. She felt strange, standing stark naked before three frat boys, each at least ten years her junior. She tried to move again, but of course nothing happened. Her body had little trouble standing, maintaining its balance, but all that was involuntary.

The three boys stepped back and began to discuss her fate. She listened as best she could, but they were hard to hear, and were standing out of her field of vision. She distinctly heard Jake say something about "Pledge night" and "traditional" and "spread wide", and mentally shuddered.
She toned out the rest of the conversation. Based on the two frat boys' conversation in the car ride over, she already had a pretty good idea what was about to happen to her. It sounded like every year the frat made its pledges fuck some stupid blowup doll, as part of their hazing rituals. And this year, she was the doll!

Cassandra thought back, clearly remembering the snake that had bit her, though she had only seen it for a second. She worked as a veterinarian on the other side of town from the university, and had a pretty good idea what sort of snake had bitten her.

Though, she thought, I guess there are worse things than being the sex toy for a frat for a while. I haven't had a decent man between my legs since my asshole ex finally quit town!

"Okay, let's get her set up in the main room and start the festivities, shall we?" Mike asked, as if reading Cassandra's impatience to get things moving.

Jake and Brad each grabbed her limbs and carried her limp body horizontally into the house's main room, where they promptly deposited her onto a padded table. To her surprise, the table had built in stirrups!

A long line of young college freshmen stood across from her, each naked aside from a bathrobe. Mike lifted her legs apart and set them in the stirrups, then turned to finally address the line of pledges.

"Greetings, worthless pledges! Today is the beginning of your journey into the secret realm of the Omega Beta Gamma Fraternity!" The pledges cheered.

"Brother Jacob will now pass out the ritual tools of our fraternal order," Mike continued. Jake walked down the line of prospective frat boys, pulling shiny objects from a cardboard box.

Cassandra stared helplessly as the pledges held up their new tools; metal speculums!!!

"For generations, the Omega Beta Gamma Fraternity has studiously focused its membership upon one sole profession; Gynecology!" Mike's booming voice drowned out the cheering freshmen. "Ninety-five percent of all our members go on to hold successful careers in the OB/GYN field. But only those of you who show that you possess the single-mindedness of our chosen profession shall achieve acceptance into her eternal fraternal order!"

He turned back to face Cassandra, who was suddenly all to aware of how exposed and vulnerable she was. "This sex doll has been prepared for your examinations; Brother Jacob has hidden a small item of great value deep within this doll. Whomever of you shall find it, shall gain imunity from the next challenge. Are there any further questions?"

As the boys stood around, not asking questions, Cassandra silently screamed But, Jake didn't put anything in me! Did he?... No, I'm sure of it! He just fingered me and made stupid jokes about how I was leaking and clearly defective, that little shit!!!

A horrible thought suddenly occurred to her; what if she was right, and Jake didn't hide something of 'great value' in her holes? How long would those pledges search before they gave up?

As the long line of college freshmen approached her wide-spread legs, and held out their huge speculums, she realized she was about to find out! 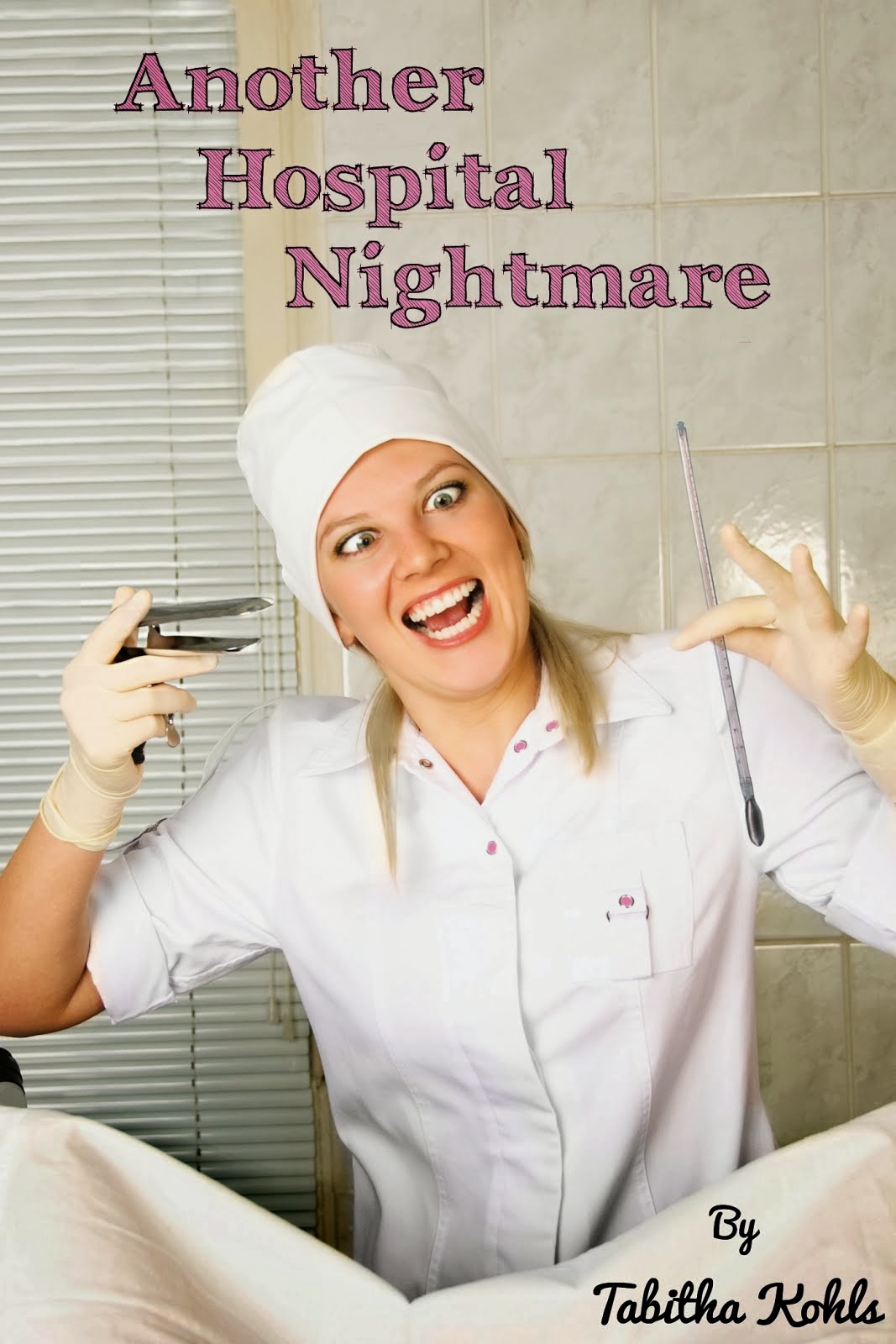 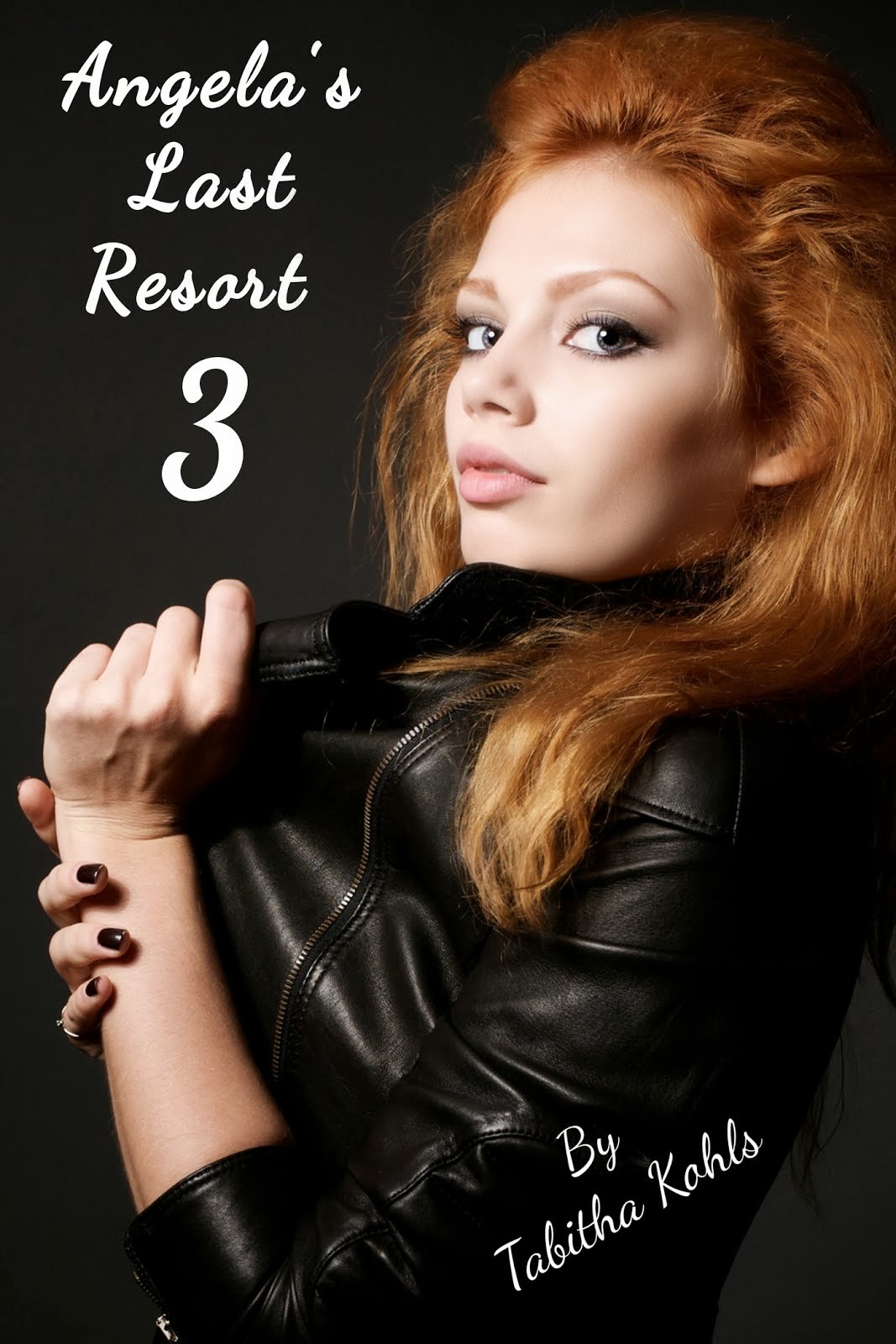